The Hiring Opportunity Most B2B SaaS Companies Are Missing 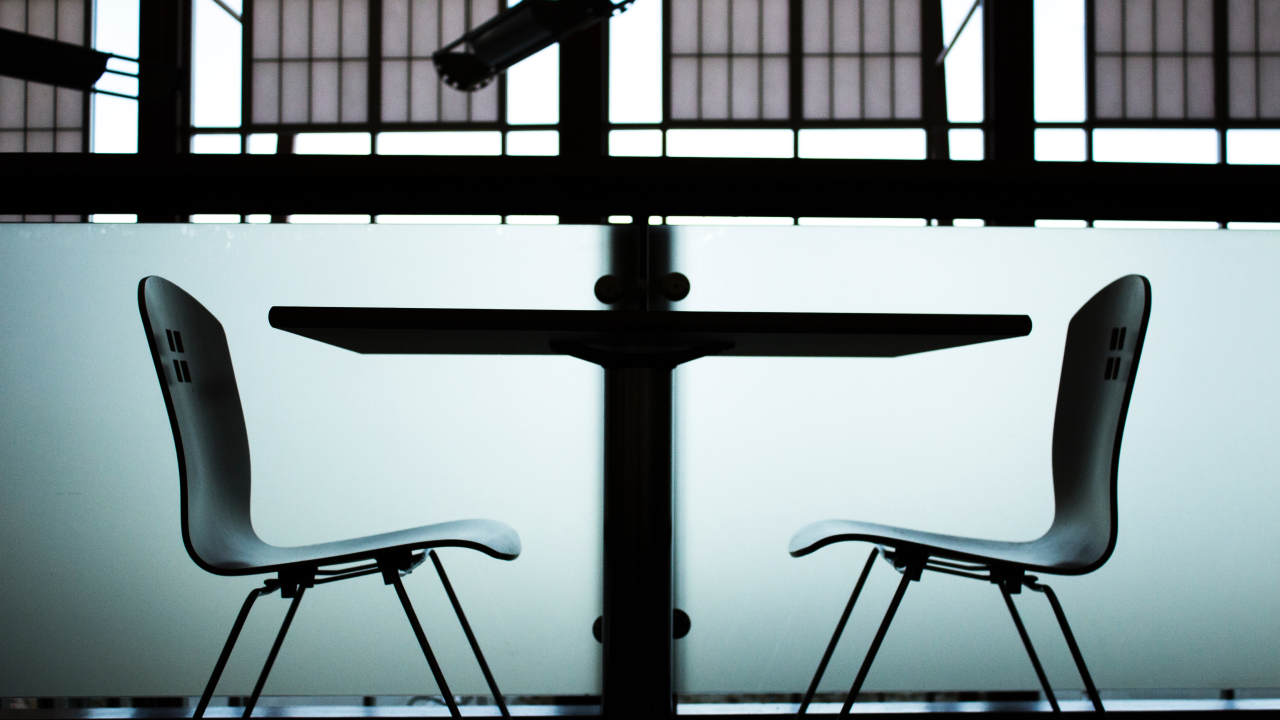 I believe that most SaaS companies are missing out of a major opportunity when hiring—the opportunity to hire more part-time help, where the employee acts as a fully integrated (albeit part-time) member of the team on an ongoing basis. I think that this is likely true in most industries, but it’s particularly true in SaaS where there’s a rapidly growing population of extremely talented people—call them bootstrapping co-founders, indie hackers, makers, etc—that are working on their own side projects.

This group tends to be talented, extremely driven, and more often that not is looking for ongoing work with a company that can provide more stability and income than their side project does. Ignore them at your own peril.

I think this will be one of the next major hiring trends that you see in the world of SaaS start-ups. Just as hiring remote employees has opened the door for smart companies to dramatically open up the talent pool they can pull from, I think hiring managers will soon come around to the notion that not every employee needs to be hired in a full-time capacity. In fact, there are huge benefits to hiring folks that aren’t full-time that I think most employers never stop to fully consider.

Let me be very clear—this is not an argument for consulting or the so-called gig economy and I’m not arguing against the need for full-time employees—if you’re hiring a COO, for example, you’re probably going to need that person full-time. This is an argument for being more open to hiring part-time employees that work with your company on an ongoing basis. For the sake of this discussion let’s consider that employees who work with your company 2-3 days per week.

My own part-time path

I want to start by clarifying my situation up front—for the past two years I’ve been splitting my time between working on my own start-up, Outseta, and working with another SaaS company in an ongoing, part-time capacity. We’re bootstrapping Outseta and are deliberately taking a long-term, organic approach to growth—it will likely be another year or two before Outseta can support a full-time salary for myself and the rest of our team. Until that day comes I’ll continue to work with another business; it’s something that I need to do to cover my living expenses, but it’s also been hugely beneficial to me.

I’m not writing this post with my own self interest in mind—I’m writing it because I just returned from MicroConf, an event attended by hundreds of other entrepreneurs who are working on their own start-up projects, most of them in a part-time capacity. Most of the people that I met at the event were super talented, exceptionally driven, and would jump at the opportunity to work with a great company in a part-time, ongoing capacity.

This group would benefit from greater stability and consistent income—a situation far preferable to consistently looking for project-based consulting work. And employers benefit from bring top-tier talent onto their teams, while building a long-term working relationship that allows the employee to maximize their impact. I know this not only from my own experience but from talking to countless other folks last week who expressed this sentiment, and best of all there’s a lot of these people out there. If you’re not open to hiring them, I think you’re missing out. Let’s dig into the reasons why.

Most of us agree that we can accomplish more with small, superlative teams than we would with larger, less remarkable groups. I’d follow that up by saying that someone that’s a top-level talent will most often make a bigger impact on your company in 2-3 days per week than a less talented colleague would in a full-time role.

Think of the best CTO-level software developers that you know—do you think your product would progress faster if they were building it 2-3 days per week, or if you hired an average developer in a full-time capacity? Consider how much time is typically wasted or unproductive for any employee working in a full-time role—time spent checking social media, chatting at the proverbial water cooler, etc. I’d err on the side of working with the better developer every time, and I think this holds true across most job functions.

I’ve seen this play out firsthand in the context of my own start-up, where the first employee that we added outside of our founding team was James Lavine, who leads design for Outseta. James is an experienced designer who is helping us in a very part-time capacity—20 hours per month—but on an ongoing basis. He’s been able to build our brand and product design from the ground up, chipping away at our most important design work with the benefit of ongoing context and immersion into what’s happening with our business. Because of his experience and expertise James delivers good work that requires minimal revisions the first time around, and I know the output we get from James in just a few hours per week beats what we’d get if we hired a junior designer into a full-time role.

Tap into a greater diversity of experience and expand your network

Perhaps the most unsung benefit of this approach is that by working with people who are also working on other projects, you get the benefit of their other experiences and their networks.

For example, maybe your company sells its products primarily online using a low-touch customer acquisition model. If someone on your sales or marketing team is also working with another company that has a much slower moving, high-touch sales cycle, then that experience may come to directly benefit your company if you eventually move up-market to sell bigger deals. Or maybe it’s as simple as you’re getting ready to experiment with Facebook Ads and the marketer that’s helping you in a part-time capacity has already been running Facebook Ads for another business. Those experiences are very real benefits to your company.

Additionally, by working on more than one project on an ongoing basis part-time employees are part of multiple teams. They get to know more people, make more connections, and work with different agencies and partners. They’ll have opinions, resources, and people that can help your company that employees who are more insulated by being a full-time employee at your company can’t bring to the table.

Think of your own past jobs and the relationships you’ve built at each—you likely lean on the network that you’ve built whenever you need it in your current job, right? When people have a greater diversity of experiences, their networks (and subsequently your company’s) grow faster.

You get access to better talent for your money

Your money also goes further when hiring part-time employees—an MIT study found that benefits and other related costs often cost employers an additional 25%-40% of a full-time employee’s salary. So if you’re paying someone $100,000 per year, your actual costs are likely $125,000-$140,000 annually. Most companies that hire part-time help bring on part-time hires as 1099 contractors, saving these expenses.

Consider the alternative of hiring a Junior Software Developer at a salary of $80,000 per year. Add 40% for benefits and other costs, and that person is costing your company $112,000 per year. What if instead you can hire that CTO that you’ve always admired, who has a track record of success with several previous ventures. The person would typically command a $200,000 annual salary, but you can work with them 2-3 days per week for $100,000 per year.

Who do you want on your roster, the experienced CTO with a track record of success (and the $12,000 in savings you just bagged to invest elsewhere) or the junior dev?

We should also be attracted to employees looking for part-time, ongoing roles specifically because many of them are working on projects or start-up ideas of their own. If your company is a start-up itself, it will likely flourish when it’s filled with other entrepreneurial people who are less risk averse and are comfortable working without much structure and heavy doses of ambiguity.

When I look to hire for almost any role in a start-up (and particularly marketing roles) the number one thing I look to assess is the ambition and fire in the belly of the candidate. People who are working on their own start-up ideas tend to have more than ample doses of both.

We’ve misunderstood what people want from the gig economy

People generally don’t want to be freelancers for the sake of being a freelancer. Maybe they’re hoping to build their experience, maybe they’re working on their own start-up and need some additional income, or maybe they place great value on their ability to work remotely and have a flexible schedule. Whatever their reason may be, talk to anyone who does freelance work and the last thing they typically want is a series of short-term contracts that require them to be consistently spending time looking for new work. There’s a huge opportunity cost there—time spent searching for work rather than making money.

The final problem with the gig-model is while consultants or people working on short-term contracts can provide a new opinion or perspective, they typically don’t have the time to work with the company long enough to get to know the market and the nuances of the business, to build relationships, or to optimize performance on an ongoing basis based on past learnings.

Building long-term relationships with part-time employees allows you to realize these benefits, and it’s actually what the employee is looking for, too. They reap the benefits of greater stability and can afford to spend more time helping your company at a more competitive rate because they don’t have to factor in time looking for new work when setting their fees. Typically they can also make a bigger impact on your business when they have the context and ability to implement long-term strategies that can only come with a longer-term working relationship.

Not everyone needs to run out and hire experienced, part-time help—there will always be roles that require full-time hires, just as there are roles and industries much better suited to co-located rather than remote teams.

But start-ups themselves are based on the notion of doing more with less, and I think better talent can accomplish more in fewer hours. With the market for top-level talent as competitive as it is in the world of B2B SaaS,  I’m surprised that more companies don’t see the allure of this approach as an alternative to seriously consider.

The market of top tier-talent that’s looking for part-time, ongoing work is very real if you’d open your mind (and company) to it.