Tech “Leaders” — Your Silence Is Deafening

Why Coinbase got it wrong and tech leaders need to speak out about an election that runs much deeper than politics. 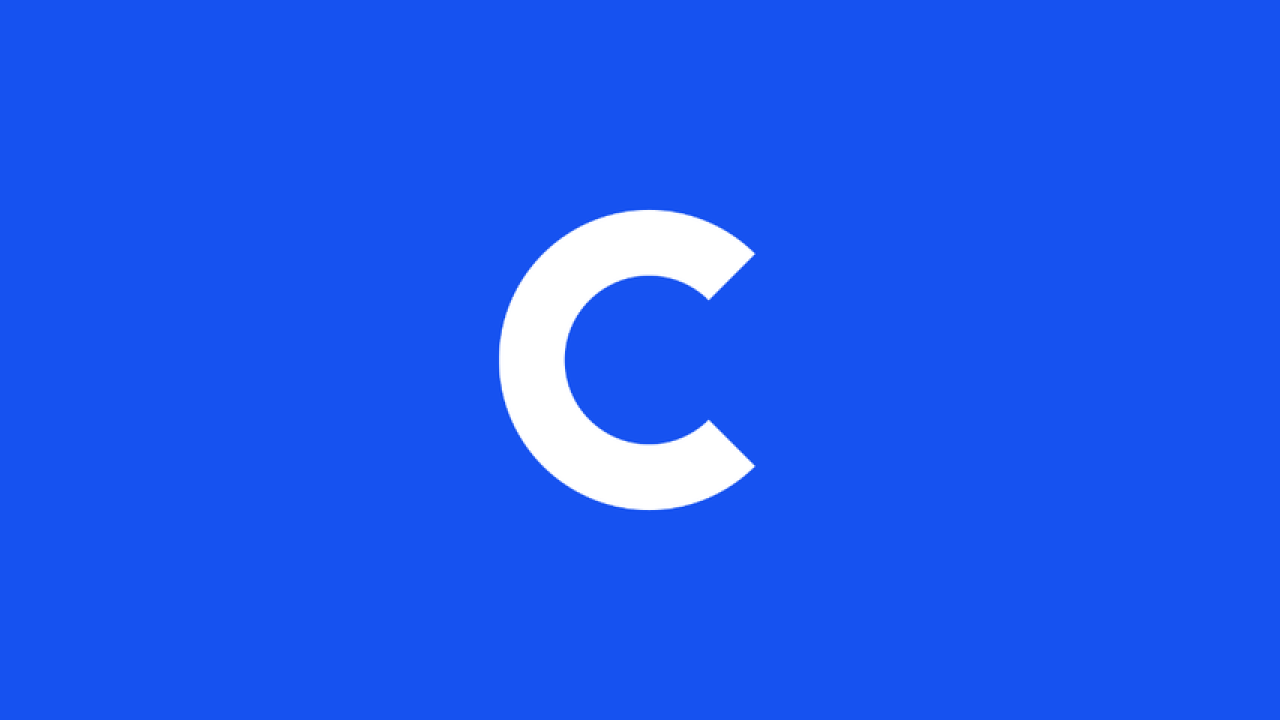 Jerry McGuire had his late night memo. This may very well prove to be mine.

Yesterday I opened up Twitter and came across this post from Brian Armstrong, the CEO of Coinbase. I read it and was severely disappointed. Then I came across this endorsement of the article from Y-combinator founder Paul Graham. I was nothing short of mortified.

If only because those who don’t are less likely to succeed…. Are you kidding me?

If you don’t live in the tech world, Coinbase is a tech company that allows you to buy and sell cryptocurrency. The company does billions of dollars in revenue and may soon become publicly traded. Paul Graham is an investor and founder of arguably the most well known start-up accelerator in the world. Few people better embody the idea of “tech leaders” than these two.

Now I don’t know Brian or Paul, and for all I know they are good people. I appreciate the tone of Brian’s post and I genuinely think he’s trying to do what he believes is the right thing. But as I read his thoughts, I couldn’t help but think to myself…

“Well if this isn’t the walking embodiment of all that’s wrong with the United States right now, I’m not sure what is.”

This article isn’t meant to be an attack on Brian or Paul—far from it. But I am going to use their example to illustrate why they got this oh-so-wrong. And let me begin by saying I write this with no political agenda—I don’t identify with any political party—which leads me to the crux of my argument…

“This election is NOT about politics. It’s about basic human rights, decency, ethics, and the behavior that we expect and accept from our leaders.”

”We’re focused on our mission as a company, and aren’t going to be taking a political or social stance.”

Unfortunately all he effectively communicated was…

“We don’t care enough to speak up about basic human rights, decency, and ethics if it’s going to impact our company’s balance sheet.”

And no matter your politics, that’s a massive failure of leadership. That’s turning a blind eye.

If you haven’t read Brian’s post, I think it can very fairly be summed up as follows:

Coinbase is a “mission driven” company. Building a company is damn hard, and taking sides politically or in terms of social activism isn’t part of that mission. We have employees with diverse views and don’t want to divide our own company by sharing perspectives that could distract the company from the mission that unites it.

On the surface, that may sound fine—I 100% understand and respect wanting to keep business and politics separate. I personally believe that’s any person’s or company’s right, as much as I wish more businesses would take a stand for what they believe in.

Likewise, not all businesses need to be altruistic. Fine by me. In all honestly I’ve spent the first 33 years of my life never once intentionally mixing business and politics. And up until this year I’ve always identified as “non-political.” But 2020 has made me realize how much that description of myself came from a position of great privilege. And as I said, the upcoming election in the US is about something so much fundamentally bigger than politics. If you’re truly a leader, you can’t just say “I’m not going there” to something as big as this.

At the subtle prompting of people like Rand Fishkin and Peter Caputa, I’ve started to speak up. My tonality and the topics of my tweets have changed. And none of it has been to show support for any political party—it’s all been in recognition that this election is different.

Ethics and decency and human rights shouldn’t be construed as “political” or “Democratic” or “Republican”—they should be viewed as ideals that make up the very fabric of America with bi-partisan support, yet somehow we’ve landed here. This election is about showing that we care about having leaders who lead by example.

At the heart of Brian and Paul’s comments are two devastating ideas:

I fully recognize that we live in a capitalistic society, and I think that’s mostly a good thing. I want my own start-up to be a roaring financial success. But the perils of capitalism could not be illuminated more than by this interaction—we’re essentially saying “anything goes” because our most important obligations are to our financial constituents? We’re going to turn a blind eye to blatant and rampant ethical violations by the highest elected leader in our country because we need to improve outcomes for our financial stakeholders quarter over quarter?

I have a hard time calling that anything but having no soul.

Tech leaders, no one is asking you to take a political stance

What’s altogether missing from this perspective is the very reason people are calling on leaders to take a stand right now.

“No one is asking you, tech leaders, to identify your company as being supportive of Republican or Democatic ideals.”

The call to arms is simple—the US is being led by a person right now who undeniably:

After all, we all work in technology, right? Isn’t the mission of the tech industry to better the human condition? To advance our abilities as a species? To create a better and more promising future for the next generation?

If you’re not comfortable denouncing the behaviors that Donald Trump has demonstrated over the past 4 years, you’re either complicit or cowardly. Cowardly? Fine. But true leaders don’t stay silent when the going gets tough. Complicit? OK. But at least be ready to openly admit it.

If you’re hiding behind being a “mission driven” company so you don’t have to stand up for basic human decency or hold our leaders accountable in any way, at least have fortitude to say, “I’m choosing to act in my company’s best financial interests over anything else.” If you come out and say that I’ll at least respect your honesty. If you won’t my message for you is—have some guts.

Edmund Burke’s quote sums up the election in front of the US perfectly:

“The only thing necessary for the triumph of evil is for good men to do nothing.”

Stand for something greater than your balance sheet

Boo-hoo-hoo. Get over it.

I’m becoming increasingly disenfranchised with the tech industry on behalf of the complete and utter silence I’ve heard from the vast majority of tech leaders here in the US. The one thing the silence has made clear is this:

“Most tech leaders are willing to turn a blind eye to protect their own financial interests.”

﻿Perhaps the biggest kicker here is that in taking a stand for what you believe is right, you might lose some business, sure. But I’d guess that more than anything you would be applauded and rewarded by people who actually give a shit who they do business with. Brands are built on opinions, not by using your brand’s “mission” as in invisibility cloak.

I can hear the criticism of this article already—but Geoff, you’re not running a billion dollar company with thousands of employees and investors as constituents. That’s true. But nobody said leadership at that scale was going to be easy. You’re the person charged with making the tough calls—have the spine to make one. And I am running a business where publishing posts like this directly impacts my ability to put dinner on the table so my kids can eat, so reconsider your assessment of my own personal stakes. If I’ve learned anything in my lifetime it’s this—at the end of the day the only constituent that matters is the person you see looking back at you in the mirror.

So if you’re out there and you’ve been silent, don’t speak out to take a stand on behalf of the Democrats or the Republicans. Speak out on behalf of being a decent, ethical person. Speak out to say that it’s not OK to elect a president who constantly lies and spreads false narratives for his own political gain. Speak out to say we’ve got real problems and we need a leader to unite us. Speak out to say corruption is not acceptable, if only because it keeps your bank account topped off. You’re in a position of leadership—use it!

“For heaven’s sake speak out to say there’s something more important in this world than your company’s financial performance. Show that real leaders don’t shy away from hard things, by showing that you have some semblance of morals and principles beyond your balance sheet.”

As for the concern about running a company that’s inclusive of diverse opinions, I am for one am hell bent on doing the same. But “diverse opinions” should never, ever be a catch-all for anything goes. You need to be able to say:

The crux of the matter—and one that I think most people would agree with—is that at some point a company has greater responsibility beyond its mission. You need to draw the line somewhere. Brian Armstrong’s “love letter to shareholder value” seems to imply there is no line.

Companies should not be deciding to punt, but instead should be discussing where that line is, how to communicate it, and how to speak out with the hope of bridging gaps while not alienating people or doubling down on divisiveness. But at some point there is simply the notion of right and wrong, ethics and corruption. Both parties should be celebrating and embracing anything that protects that line, as it should be what unites us as the country and people we aspire to be.

And if you’re afraid to draw that line for fear of “diverse opinions,” then you need to take a serious look at who you have working for you. Bringing it back to tech, this is the industry that’s popularized “Hire slow, fire fast,” isn’t it? All in the name of optimizing financial outcomes...

If you lose some employees as you stand up for basic human decency and ethical behavior from our leaders, your company might just be better off for it. But you’ll never know unless you do your actual job and lead. I for one am here to do that.

We’re speaking out for something better. Will you join us?

At Outseta, we’ll accept you as a customer or an employee whether you’re a Republican or a Democrat, black or white, gay or straight, male or female. We want and celebrate diversity both in our team and our customer base.

But we will not sit by in silence, simply accepting Donald Trump’s behaviors because it furthers our own financial interests and we’re too afraid to rock the boat. We will openly and passionately speak out against any leader who intentionally divides us, consistently lies, denies science, and acts without any semblance of decency and ethics. That’s simply not what we’re about.

And if we’re going to lose your business over it, so be it. There are more important things in life than our balance sheet.