Our approach to pricing experimentation 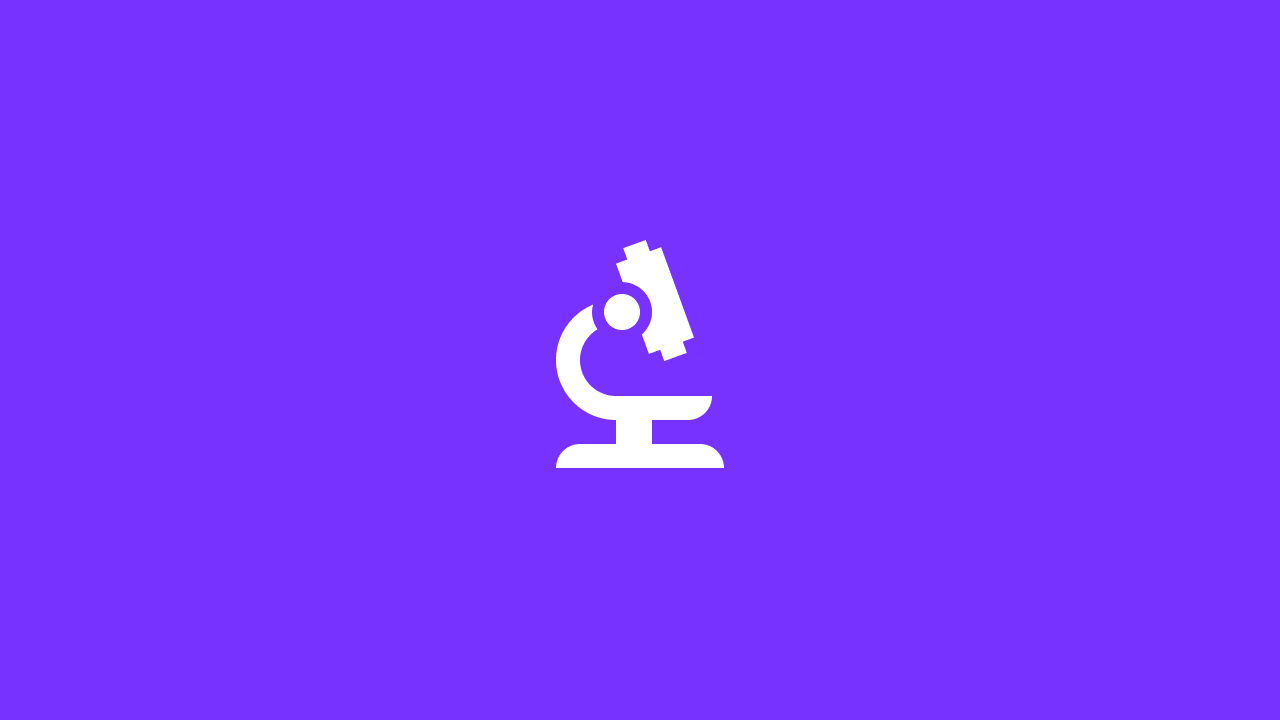 When we began working on Outseta our product vision was fairly straightforward—bring together the core software tools that all early stage SaaS start-ups need. We deliberately set out to build tools to serve the lower end of this market, intercepting companies shortly after they’re founded and scaling with them until they reach about $5M in annual recurring revenue (ARR).

While our vision for the product has always been clear, one thing we realized early on was that pricing Outseta was going to be particularly challenging. On one hand we saw a clear opportunity that we could attack—most of our venture-backed competitors offer some sort of “start-up plan,” but their products become expensive really quickly once you graduate from that first pricing tier. On the other hand, by serving bootstrapped SaaS founders we’re selling to a price conscious audience and opening ourselves up to competition from freemium products.

But perhaps our biggest challenge has been finding the right pricing structure given the breadth of our product:

Given that we offer all of this functionality, what value metric should we hinge our pricing too? And how can we implement pricing that’s both fair and easy to understand for our customers?

If we’ve learned anything about our pricing so far, it’s that we haven’t quite gotten it right yet—this post details for our prospects, customers, and anyone else interested in pricing SaaS products what we’re going to do about it.

A couple of weeks ago I attended MicroConf for the first time, a conference filled with self-funded software entrepreneurs that match Outseta’s ideal customer profile. My objective at the conference was clear—get as much feedback on Outseta’s pricing as possible. If there was a mantra coming out of the entire event it was “charge more,” a message perpetrated largely by Patrick Mckenzie of Stripe. Then just last week Justin Jackson published an article entitled Should We Always Charge More, noting the benefits of lower pricing that gives your customers value above and beyond the price they are paying for your products.

I tend to lean more towards the “charge more” camp based on my past experiences. When I was head of marketing at Buildium, we entered the market with a product that started at $20 per month. Soon a new incumbent and Buildium’s biggest competitor, Appfolio, entered the market with a price point starting at $200 per month. The products were nearly identical in terms of functionality.

Our pricing was deliberately defensive and it was really effective in helping Buildium capture market share—we signed up over 10,000+ new customers over 5 years—far more than Appfolio. But we found that many prospects immediately assumed Appfolio was a better product because of their price point, which led to many larger companies choosing Appfolio over Buildium. Both companies have gone on to do very well, but in retrospect a lot of the bigger companies Buildium would have loved to serve in later years had already signed on with Appfolio.

When I left Buildium, I made a short list of the most important lessons that I’d learned over the previous five years. Included on that list was, “If you have the opportunity to do something similar again, start off with a higher price point like Appfolio did.” Not only do you reap the benefits of being perceived as a better product simply on the basis of price, but it also allows you have equivalent revenue with fewer customers to support. And your customers will be subjected to pricing increases less frequently as you work to monetize your customer base.

As Justin Jackson’s article points out, most pricing advice (like “charge more”) is fairly generic and lacks context on both the stage of your company and the market you’re serving. While I have a bias towards “charge more,” competing in a market with so many freemium offerings and where our customers may not yet be generating revenue dictates that we have a price point that’s very accessible. Our pricing to date has tried to serve both objectives.

The “Founder’s Plan” eliminates any barrier to entry for our product, giving start-ups access to all of our features and as much time as they need to adopt the platform. They can setup their pricing plans, track their sales pipeline, receive support tickets, send emails, and invite as many team members as they like without incurring any charges.

Once a user has over 250 contacts and starts using the product in earnest, they’ll move up to our $99 per month “Start-up Plan.” This plan is designed to be a fantastic deal opposed to the alternative of buying a handful of point solutions, while still charging a healthy rate that we believe is fair given the value we’re providing.

We added the $249 “Growth Plan” after hearing from a prospect whose company was at $1M in ARR that our existing pricing was “too start-uppy” and left him with the impression that we couldn’t serve his company’s needs—an impression that he said was not at all correct once he took a look at our product.

What we learned about Outseta’s pricing

Over the course of 2018, my conviction grew that we didn’t quite have our pricing right—over the past few months I set out to capture as much feedback on our pricing as I could. I created the document below that outlines our existing pricing, the feedback we’ve received, and some pricing experiments that we’re considering running.

I then shared this document with the following groups and asked for their feedback.

After gathering all of the feedback that we could, no obvious answer emerged. Some people thought contact based pricing was a no-brainer, while others thought contacts had no real correlation to growth. Most people ignored the notion of user based (per seat) pricing, despite the fact that it’s the norm for CRM and help desk products and in most cases would have been the cheapest alternative. But out of all the feedback we received two themes surfaced most consistently:

Going back to our product vision, one of the problems we set out to solve when designing our own billing system is exactly what we’re living through right now—most SaaS start-up’s really have no idea what their pricing should be when they’re just starting out. Our “Start-up Plan” pricing was loosely based on looking at the price of alternative solutions to Outseta, but for the most part the $99 per month price tag was pulled out of thin air. What start-ups really need is the ability to iterate on pricing quickly to figure out what works and what doesn’t.

With this in mind we designed a subscription management and billing system that supports the billing scenarios and pricing models most commonly seen in start-up SaaS companies:

We also built a javascript pricing widget that can be dropped into your website’s pricing page, allowing you to change pricing plans and models from within Outseta with your website and registration workflow updating automatically to your new plans. This allows for rapid experimentation with new pricing plans and models—what this means for us in practice is we can deploy the tests outlined below in minutes.

Based on the feedback we received, I seriously wrestled with the notion of offering a “pay what you want” plan allowing customers to name their own monthly price as long as they provided us with feedback on why they chose the price that they did. I think this would have been a great way to capture further feedback on our pricing, it would consider every customer’s unique financial situation, and it would also give us an opportunity to create a bit of a PR splash.

While that’s the case, I ultimately decided against this option—other companies have tried this before with mostly lackluster results, and I think it could send the wrong message about our product and erode our credibility. Instead, we’re going to be running two 60-day pricing experiments.

Throughout May and June we’re going to launch “Experiment #1”—contact based pricing with smaller tiers. We’ve maintained a freemium tier with a smaller contact limit to give start-ups as much time as they need to implement Outseta, but the paid version of Outseta will be much more accessible—$29 as opposed to $99. Companies can continue to invite as many team members as they want. This pricing is now live on our website.

These plans were designed to alleviate the sticker shock some prospects mentioned when our entry level paid pricing plan was $99 per month. That plan also provided a much greater volume of contacts than most customers actually needed, so the smaller pricing tiers help to ensure that customers are only paying for the number of contacts that they actually need.

Beyond 5,000 contacts we’ll eventually add a pricing calculator on our website where prospects can enter their number of contacts to get a pricing quote.

I think this experiment solves most of the issues we’ve outlined, but I still have two points of hesitation.

Throughout July and August we’re going to launch “Experiment #2”—user based pricing that allows companies to add as many contacts as they like without moving through pricing tiers. This pricing is extraordinarily simple and mimics what most other CRM and help desk tools are doing, while again helping to alleviate the sticker shock of the $99 per month price point.

For a single founder or two co-founders, Outseta will represent an amazing deal at $19 or $38 per month, and once a company has 5-6 employees using the software they’ll have grown to our original $99 per month price point.

This pricing model is the norm for the industry, so I think it’s worth testing. But this also opens us up to some vulnerabilities most CRM products don’t face—if we allow unlimited contacts, we’ll need to put a cap on email usage because we incur costs when emails are sent. Most CRM products don’t have to worry about this because they don’t also offer email marketing.

In addition to making our paid plans more accessible, we also wanted to better align what are customers are paying us with the revenue they’re generating. To date we haven’t made any money on payment processing—we’ve instead simply covered Stripe’s 2.9% payment processing fee.

Going forward we’re going to charge a 1% payment processing fee in addition to Stripe’s 2.9%. Payments processed by our other payment processing partner, Forte Payment Systems, will continue to be charged at a flat rate of 2.9% per transaction.

A hallmark of our pricing strategy will always be honoring and celebrating our existing users and customers—what that means in practice is that while these experiments are running, our existing users and customers will be given the option of staying on our original pricing plans or changing to either of the new pricing structures that we’re experimenting with. That gives them options, flexibility, and we think it’s the right thing to do.