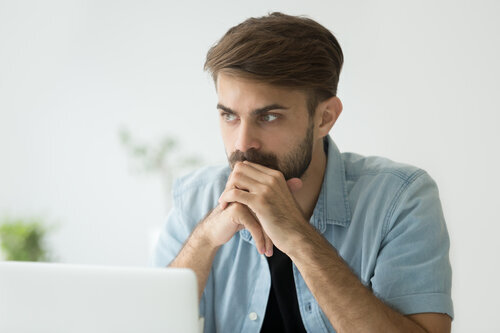 So naturally I figured I’d use our next blog post to tell you why Outseta is a bad idea... you know, to keep the momentum going and what not.

All joking aside, we’re serious about building an audience of early stage SaaS businesses and founders. My hope is that being abnormally transparent with how we build our own business helps us win some of that audience - so we’re not just going to tell you why Outseta is a great idea, we’re going to highlight the mistakes and miscalculations we make along the way.

Transparency aside, this topic consumed my thinking for the past few months. Even as we uncovered significant pain points for early stage SaaS businesses during idea validation interviews, I had serious reservations about our idea. I asked myself over and over - is this idea “good enough” to commit the next 10 years of my life to? This post will explore each of my reservations, and how I ultimately came to terms with each of my concerns.

First a bit of backstory…

In late 2016, Dimitris Georgakopoulos approached me and asked me to work on a new start-up project with him. I had worked with Dimitris previously for 5 years at Buildium, a company he Co-founded. I had a front row seat as Dimitris not only engineered an awesome product, but built a remarkable company. He won my respect on both a professional and personal level in the process. So when Dimitris approached me to work with him again, even before the words came out of his mouth describing what he wanted to build I found the word “Yes” was coming out of mine.

Luckily, I had just enough self awareness to recognize my overzealousness. While Dimitris built a very successful business once before, there’s no guarantee that we’ll be able to do it again. And as we explored the idea for Outseta further, it became very apparent that there would be significant challenges (particularly on the go-to-market side of the business) in building Outseta that we simply didn’t have to face at Buildium.

Given that I’d be responsible for bringing the product to market successfully, I had to consider these challenges carefully. And the more that I considered these reservations in my own head, the more I realized that the last thing Dimitris is going to need around him is a “Yes man,” blindly following his lead as a result of his previous entrepreneurial success. So as we wrapped up our idea validation interviews and circled up as a team to discuss what we’d learned and whether the idea for Outseta was worth tackling, I made it a point to play devil’s advocate. Here are the reservations I shared, and how I ultimately overcame each concern.

Our target market is small

We are very specifically building Outseta for early stage, SaaS businesses. While there’s long term potential to move up market or explore secondary markets, any way you cut it our target market is going to be pretty small. Angellist currently lists around 11,000 SaaS businesses, and most other estimates I’ve found estimate there to be around that number of SaaS businesses globally. To win even 500 or 1000 customers in a market of that size is a challenge for anybody.

Ultimately I overcame this concern by looking at the number of other companies out there that sell explicitly to SaaS businesses, or even early stage SaaS businesses. There are plenty of them that have built significant businesses for themselves, particularly in the subscription billing category. Outseta will contain a subscription billing component, which helped me feel better about the potential to build a business that’s “big enough” to be worthwhile. It’s also helpful that the number of SaaS businesses globally is growing; a trend I think will only continue over the next decade.

On top of that, we’re not out to build a billion dollar company. I don’t want to be a unicorn. (I want to be Tom Brady) Dimitris shared a great article with me that the Founder and CTO of Basecamp, David Heinemeier Hansson, wrote on this topic. Basecamp today is something of a household name in tech and creative circles, yet they remain a company of about 50 employees. They’re not out to build an empire, they’re out to build a killer product that their customers are rabid about. Looking at what other companies selling to the same market had achieved revealed that the market was plenty large enough to support our own interests and desires in building Outseta.

Our customer churn rate will be high

This was by far my biggest concern. Churn kills SaaS businesses.

Knowing that we’d be targeting early stage SaaS start-ups, there was a tough reality to swallow - 90%+ of start-ups fail and go out of business. There’s no way around it, that’s going to be true of our customers. As I thought about this, I had visions of any potential investor interest slinking away and the number of visits to our Angellist profile all but drying up.

I overcame this concern by looking more broadly at the market, as well as how we might eventually go about acquiring customers. No doubt about it, we’ll be going up against an extremely crowded ecosystem of point solutions - an ecosystem that consists of better funded competitors, many of whom also have meaningful brand equity (think Mailchimp, Recurly, etc). There’s just no way we’ll be able to compete effectively with these businesses if we get into an arms war using “traditional” paid customer acquisition strategies. And knowing that 90% of the businesses we do sign-up will eventually fail, we’ll need to find extremely cost effective means of acquiring customers. I’ll outline how we plan to do that in the next section, but I think we can effectively let customers come and go using a very low cost and low touch acquisition process with the successful companies going on to be our power users. There’s no way around it - if you’re selling to start-ups, a huge percentage of them will fail. But even with the failed companies we have an opportunity create a loyal tribe that loves our product and will use us again at their next start-up. And for the companies that do succeed, Outseta will be a particularly “sticky” product as the operational backbone for so many aspects of the company.

Competing with better funded competitors is the norm for a start-up, but with a product that will touch categories including subscription billing, CRM, email marketing, support, and reporting we’ll be up against multiple competitors in each of those categories with the financial muscle to effectively squeeze us out (if they were even interested in doing so) of many channels.

I overcame this objection because I think there are a number of ways that we can successfully compete.

Start-ups solve for their immediate need

My final reservation was not one that I initially had, but rather one that came out of our idea validation interviews. During these sessions, we asked SaaS founders how they planned to solve a series of problems, including capturing leads online, communicating with prospects and customers, and billing for their services. We also asked about the order in which they would solve those problems. One thing we heard consistently was “we didn’t think about what all of our needs would be early on, we just solved the immediate problem at hand.”

And that made a lot of sense. Most start-ups have limited runway, and don’t have the luxury of planning for the long term. If they need to send an email communication, they sign up for Mailchimp. Need to charge a customer? Maybe they sign up for Recurly or Stripe. Need a CRM? Hubspot CRM is free. Next thing you know, for better or worse, you’ve got a handful of point solutions that you’re trying to integrate.

Also in line with this concern was a ton of feedback, and our own experience, that the integration work and subsequent maintenance associated with so many point solutions only grows over time. This pain tends to be felt more acutely at later stages than it is at day one. The running joke between Dimitris, Dave, and myself became that we’d limited our target market to “early stage Saas businesses, with second-time SaaS founders” - founders who had lived through the integration and maintenance woes that come at later stages and understand the value of solving these problems with a fully integrated solution from day one.

I overcame this objection simply because I don’t expect start-ups to change their behavior - I think they will continue to look to solve their immediate need. But if our product is free to start, is custom built for an early stage SaaS business, and also solves two, three, or four other problems you know you will soon face, it’s definitely a better experience to work with a single vendor than to evaluate and purchase a slew of point solutions. Solve the problem at hand just as you set out to, and you’ll have solutions to your future problems waiting behind the same login credentials whenever you’re ready.

My reservations aside, I have significant reasons to believe

Despite the fact that I had to grapple with several of my initial reservations about Outseta it’s worth noting that I have a lot of reasons to believe that Outseta is a great idea. Chief among them are:

These strengths, coupled with getting a better grasp on my initial reservations, are why I decided to jump into the deep end with Outseta. I’ll explore my reasons to believe and their relative importance further in a subsequent post.

I have always been interested in giving my own start-up a whirl, and one of the reasons I haven’t to date is I’ve shot down many of my own ideas for one reason or another. I am a skeptic, often to a fault. As I initially considered the idea for Outseta, I found myself wearing the skeptic’s hat - small market, intense competition, high churn - woof! But as we dug deeper, I found reasons to overcome these objections. Sometimes ideas that don’t appear to be good ones on the surface end up being the best ones. Sometimes the best ideas haven’t been tackled simply because they’re hard. I suspect that might be true in this case, and a little conviction and stubbornness might just be our recipe for success.