How The Futur Built A $1M+ Community 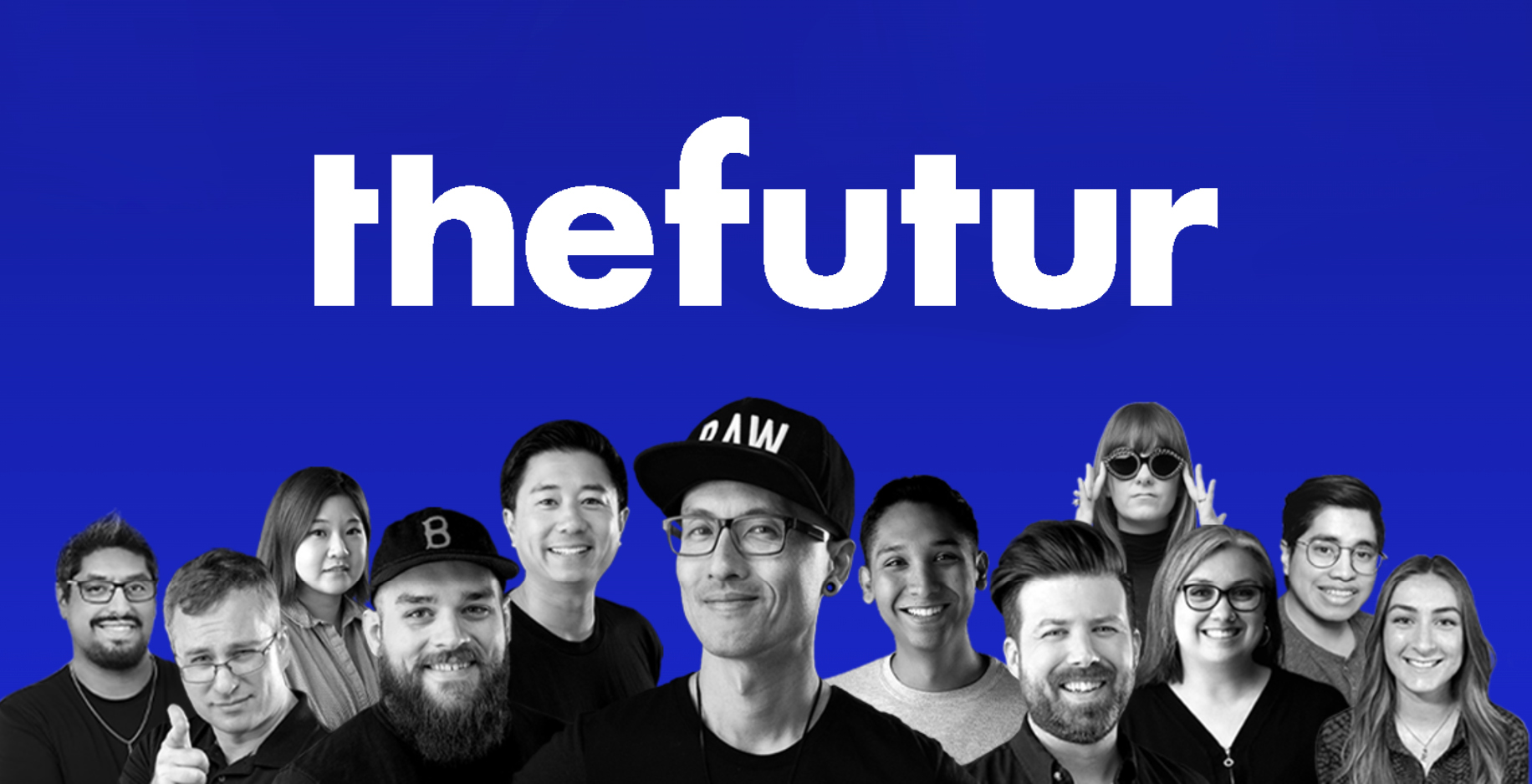 When I saw a new customer notification land in my inbox last January, I must admit the name of the business didn’t mean anything to me: The Futur.

But their growth quickly grabbed my attention, and before I knew it I started hearing their name pop up in conversations with other founders.

“Oh, The Futur? They use Outseta,” I mentioned offhand, thinking little of it.

The result was the same every time. The person I was talking to widened their eyes.

“The Futur?” came the reply, almost in a hushed tone. “As in—Chris Do?”

Almost unanimously people went on to tell me of the outsized impact The Futur has had on their careers. So when Marcelo Russo from Fri3nds Agency told me a similar story at WebflowConf this year we made a pact; this is a story that needs to be told.

The Futur’s origin story is well documented—hell, their entire journey has been documented on their YouTube channel. The cliff notes go something like this…

Two friends—Jose Caballer and Chris Do—met as students at ArtCenter in Los Angeles. After graduation, both built successful careers including stints at big name agencies, their own entrepreneurial projects, and in Chris’ case a 15 year run teaching students at his alma mater.

But eventually Jose came calling, asking Chris to join him in making YouTube videos that would teach the fundamentals of starting a creative services business.

The pitch was simple—why continue teaching in a classroom where you can only impact 15 people at a time, when YouTube can turn the entire planet into your classroom?

While he balked at first, Chris eventually signed on—the very first video in what would develop into a YouTube channel with two million subscribers is below.

Through a video series called The Skool, Chris learned the mechanics of YouTube and developed his on camera presence. While he was still busy running his creative agency, Blind, the reach of YouTube was quickly dawning on him—to the extent that he launched The Futur brand and reoriented the majority of his focus to YouTube.

Around the same time one of The Skool’s earliest viewers, Ben Burns, was busy building his own creative agency in Richmond, Virginia. One of the first students to realize the outsized impact that Chris has come to have on so many, Ben sent Chris a thank you note—one that ultimately resulted in Chris mentoring Ben for 18 months as he continued to grow his agency.

Eventually, Ben reached out with a direct ask—he wanted to join forces and work together with Chris. In an acquihire of sorts, Chris flew Ben out to LA to work with him at Blind—and more importantly, to help him get The Futur brand off of the ground.

Today Chris acts as the CEO as of The Futur, Ben the COO.

“Chris is a visionary and an educator,” says Ben. “When he’s doing those things, he shines.”

“I’m the ground force,” Ben continues. “I make sure that vision becomes a reality—and I have the unfortunate job of telling Chris when things can’t happen,” he adds with a laugh.

Ben’s story alone perhaps best encapsulates one of The Futur’s key teachings—getting the things that you want starts with an ask.

“Especially among creatives there seems to be this sentiment that if you just work hard and do good work, great things will happen for you,” says Ben. “But that’s an illusion—you have to put yourself out there in some way, even if it’s gentle. At some point you have to present an offer.”

The next rung in this story takes a similar shape—Marcelo Russo, like so many others, discovered Chris Do on YouTube.

“I just wanted to build creative tech projects—but I was struggling,” Marcelo recalls. “Once I discovered Chris’ videos, I remember watching the entire library and taking notes for 6 or 7 hours.”

Right around this time Marcelo had just bought his first house, and was promptly laid off. Unsure of what to do, he joined The Futur’s Pro Group community, which he viewed as an investment in building his own future.

“That was a complete game changer,” Marcelo remembers fondly.

In the coming weeks, Marcelo immersed himself in the community.

“I remember Marcelo quickly became one of our most active community members,” Ben recalls. “He was always asking me questions in Discord—particularly around how to land big clients. And my advice was simple—go ahead and ask them! Present them with an offer."

Taking the advice to heart Marcelo turned Ben’s advice around on him, asking if he could help The Futur with some Webflow projects pro bono.

“Marcelo has a technical background, and was able to help with a lot of technical work that pushed Webflow way beyond what I could do with it,” Ben recalls. “So after that we put him on retainer—his first project was rebuilding The Futur’s website, followed shortly thereafter by building out our online community. It was around this time that I asked Marcelo to look into a software product I’d just discovered—Outseta.”

Before we dive into how The Futur has leveraged Outseta, it’s helpful to understand their business model and the unique flywheel they’ve built to power their business. The company sells a wide array of paid products including:

Courses—Course offerings cover everything from brand strategy fundamentals to negotiating tactics and are often condensed versions of their YouTube content.

Resources—By quantity, The Futur’s best sellers: the resource library consists primarily of templates like this one—a proposal template that’s now been used to close over $10M in business.

“The way we think about our offerings is our YouTube content builds our audience and is more passive learning,” Ben says. “The courses and community are for more active learners, then the resources we offer are things you can immediately put into action yourself.”

The community alone—built on Circle and Outseta—has now grown to more than 900 members and over $1M in annual revenue. But what was most interesting to me was how The Futur views their overarching business model.

“All of our paid products exist to allow us to invest more money in producing our free YouTube content,” says Burns. “Our goal is to fund our free education by helping business people make money.”

Building The Futur community with Circle and Outseta

Now the agency of record tasked with owning the Futur’s digital presence—a task that involves delivering on Chris’ vision—the Fri3nds team started with rebuilding The Futur’s 120 page Webflow site. Shortly thereafter, the team was tasked with moving The Futur’s community from a combination of Facebook Groups and Slack to Circle.

“We saw in Circle a product that combined the best of Facebook Groups and Slack,” says Marcelo. “But we needed single sign on (SSO) so users could login to both our Webflow website and our Circle community—that’s where Outseta came in.”

SSO functionality aside, Outseta’s support for quarterly billing terms was another initial factor in the decision.

“Since we implemented a quarterly billing model with Outseta, revenue retention has tripled,” says Ben.

“What we realized through experimentation with the community is that a monthly commitment is not enough to see results, and a year is often too much of a financial commitment to make up front. But if we can get a member to commit for 3 months, they usually stay for 6 or 9 or 12 months. Offering quarterly memberships has been huge for us both in terms of retention and our ability to make a positive impact on our members.”

While it was features like SSO and quarterly billing terms that initially drove The Futur to adopt Outseta, Ben says it was ultimately discovering the rest of Outseta’s feature set that’s made them stick around.

“The analytics and reporting give us awesome insights into the growth of the community business,” Ben says. “We use Outseta’s help desk instead of Zendesk to give our community members a direct line to our customer service team. And the flexibility of Outseta’s billing system has been fantastic. I’d guess Outseta saves us 3-4 hours per week just in terms of controlling access to our community. Gone are the days of manual processes to remove canceling members from our Facebook group.”

While The Futur’s adoption of Outseta’s feature set has grown, it’s always been the technical support that’s stood out to Marcelo.

“Outseta’s admin panel has been really helpful—the UX is nice and it’s super flexible,” he says.

“As a developer, I love how Outseta integrates with other tools—it’s a healthy mix of no-code and code. It’s been a breeze to implement and the documentation is good. But when I have needed help your team just responds fast and answers are technical in nature. This has been so critical in helping us move fast.”

When I asked Ben what lies ahead for The Futur in 2023, I suppose I shouldn’t have been surprised with the answer.

“We’re looking to grow our community membership as much as possible in 2023,” he said. “Because doing so will allow us to invest that much more in creating our free YouTube content.”