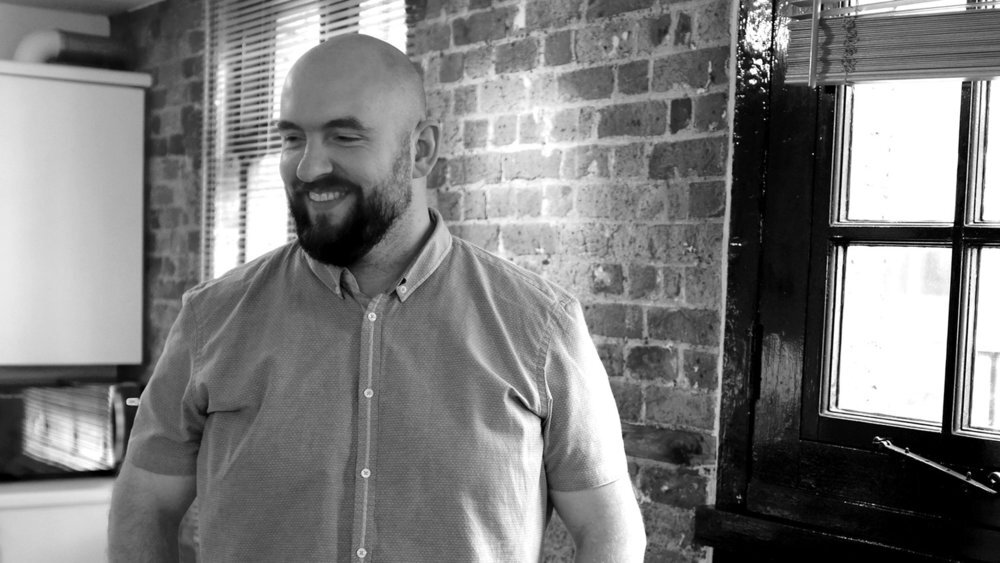 When you say “Blockchain” or “Ethereum” to people who live their lives outside the spheres of tech or highly speculative investments, you often get confused or simply apathetic reactions, to which I say… understandable. But the applications of blockchain technology are in fact vast, highly useful, and go way beyond whether or not you’ve chosen to invest in Bitcoin.

We’ve been writing for more than a year now about our desire to build a self managed, non-hierarchical business. One that is absent of bosses, where work is both more rewarding and meritocratic. Allow me to introduce you to Jack du Rose, CEO and Co-founder of Colony.

Colony is building a platform on which to build open organizations. The rules of the organization are enforced by blockchain technology rather than paper based contracts, allowing anyone to contribute to the organization and earn payment or ownership commensurate with their contributions to the “colony.” Workers earn “reputation” and influence based on merit.

We caught up with Jack because we are interested in a future where work sucks less, where no one feels like nothing more than a cog working in a company where disproportionate rewards are reaped by few. It’s an ambitious undertaking, and Colony isn’t the only company focused on solving this problem - make no mistake about it, there will be an entire generation of SaaS start-ups embracing this model before you know it.

Geoff Roberts: Hi, Jack. Good to have you. Why don’t you start by giving us the elevator pitch regarding what you are working on at Colony?

Jack du Rose: Colony is a platform for open organizations. By open organizations I mean what some people might call decentralized organizations; essentially it means that we’re creating software that enables people all over the world to work together and complete projects or start companies together without needing to know or trust each other. So it's a platform and a protocol that provides a software based framework so that the organization runs based on a set of immutable smart contracts rather than on the basis of legal agreements and paperwork.

Geoff Roberts: So if you are talking to someone who doesn't understand what blockchain is... why should it matter to them that the rules of the organization don't live on paper contracts but instead live in blockchain? Why should people care?

Jack du Rose: People should care about this thing because it’s powered by software. Let's forget about Ethereum for now. If a company’s operates based on paperwork there has to be somebody who is managing that paperwork, somebody who is looking after the fact that that paperwork is being done. You're trusting that there are people who are competently adhering to the rules, but also that they are honestly adhering to the rules. You can't really trust that unless you've got the laws of a nation to back up and ensure that there will be consequences to anybody who is either negligent or malfeasant.

The nice thing about doing it on Ethereum is that you don't need a national legal system to enforce the rules of the organization. You can create smart contracts that lock up value or that have inherent consequences for misbehavior if you go against the rules.

Now if that's a centralized piece of software it's difficult to trust that you can predicate the existence of your company on that piece of software. For example, if Colony was a centralized piece of software we could get ourselves sold to Linkedin. Linkedin could then say "Oh we're going to shut this down actually," so for all the people who started your company, tough, it's gone. You probably just get that little email saying, "Hey, great news we've been acquired! We're joining this company and oh and at the end of the month we're going to stop providing our service.” So that's one important thing that need not happen.

Finally, smart contract based applications are sort of truly in the cloud. With decentralized applications, you'll always be able to use them. Once Colony is live on mainnet, even if the whole Colony team gets run over by a bus, you’ll still be able to use Colony. So that's really important if you're considering this kind of software as the infrastructure for an organization. You'd be incredibly foolish to predicate your business, your livelihood, all of your employees and stakeholders on some company that could run out of money or get acquired at any point.

Jack du Rose: A Colony could be a company. I generally think there's some sort of quickening point when a project becomes a company. I'm not exactly sure what that looks like but I would say that almost every Colony starts out as a project.

Geoff Roberts: Got it. And with this notion of a Colony being open and fluid, where anyone can contribute to a Colony, is there still a notion that you're being hired to a specific Colony or is there a process to invite someone to your Colony?

I think some people want to be able to use Colony for, you know, they've got their centralized team, their core team if you like, and then they have a bunch of external contractors that they want to be able to work with. So I think it will be a broad spectrum of different organizational types. As it stands today everybody needs to be invited to join a Colony. I don't think it's going to be right for all if not most organizations to be just completely open. Many will want to be invite only.

Geoff Roberts: I know this is a very broad question but as you think about real life scenarios that Colony is going to have a hard time supporting what sort of things immediately come to mind?

Jack du Rose: I can't see Colony being used to run a veterinary surgery. Or a bakery. You know, there's all types of companies that run just fine as they are and they necessarily need to be collocated. It doesn't add a huge amount to be able to coordinate yourself, or have this kind of egalitarian way of working. I also have some doubts as to whether any very, very large organizations are likely to embrace sort of new organizational paradigms, just as we don't generally see those kind of organizations embracing things like holacracy. It's just very, very hard for them to do so. They're very interested in different organizational models, but it's not something that springs to mind as something which is going to be an easy change.

Geoff Roberts: Sure. So a key idea here is that people working on a colony are paid or earn ownership in a company in line with their contributions to the colony. In order to facilitate that there's a systematic peer review of work completed. Can you talk to me about that? How has this process worked with your beta testers or just how you envision that peer review process working?

Jack du Rose: A peer review would be understandable to mean that when you do piece of work it gets put out to a whole bunch of people and those people approve it in some way. That's not how it works at all in Colony, actually. There are three roles within a piece of work. We consider the smallest piece of work to be a task. But there are three roles within a task. There's the manager of the task - that's the person who defines it, who sets the budget for it. You've got the worker, the person who does the work for the task obviously. Then you have the evaluator, whose role is to make sure the task has been adequately completed and rates it.

Sometimes all three roles can be played by the same person - people are incentivized to check what everybody else has done because if they find something that they disagree with they are incentivised to raise a dispute over it. Someone raising a dispute can put down a stake to claim some action taken by another is inappropriate. The person against whom the dispute has been raised may then either back down, or match the stake deposited by the objector. Only then will a vote be called to arbitrate the dispute, and the winning side will receive a share of the losing side’s stake. So essentially the peer review is implicit by virtue of the fact that people are incentivized to police activity in their Colony.

Geoff Roberts: Talk me through the idea of the reputation system and how that is leveraged.

Jack du Rose: Within a colony we have tokens and reputation. Whenever you do a piece of work you earn tokens for doing that work and you also earn reputation as a function of the number of tokens that you earn for doing the task and how well the evaluator thinks you did it.

Geoff Roberts: OK. And what does that reputation score actually look like? Is it a number 1 through 10, or 3 out of 4 stars?

Jack du Rose: It's an unbounded number associated with two different values within a Colony. For every task that you do you simultaneously earn reputation in these two different attributes. One is the skill that you used, and the other is the context in which you used it. So that would be the departments or projects that you worked within.

Geoff Roberts: How do you see company direction or strategy created, maintained, and reinforced over time for companies built on Colony? When a project kicks off it has some sort of strategy and mission. And then you can work from that for months or years depending how broad that is but at some point that needs to be revisited. How have you envisioned that working?

“I think that a common misconception about organizations that will be completely decentralized is that they will be leaderless, that there will be nobody who is providing vision, who is providing the direction. I think that that’s not proved to be true at all.” — Jack Du Rose, CEO & Co-founder, Colony

Jack du Rose: I think that a common misconception about organizations that will be completely decentralized is that they will be leaderless, that there will be nobody who is providing vision, who is providing the direction. I think that that's not proved to be true at all. I think even in the most decentralized projects, Bitcoin for instance, there are leaders who emerge and people rally to a flag. I think this will be no different whatsoever.

I think with strategy - that's also a job, that's also something that needs some people to do that work. It's not just sort of an emergent consequence of an organization. It's usually the C-level people within an organization who are the people who create that strategy. In this case those C-level people, rather than being canonized as they currently are, will instead emerge as a consequence of the quality of their actions and the fact that people want to follow them.

Jack du Rose: Good stuff, it's been great to talk to you guys.